The Victoria Racing Club celebrated thoroughbreds, equine and human, with the new Flemington: The Playground of Racing Royalty campaign.

Set on Flemington’s lush course proper, the campaign imagery captures the essence of the Flemington Festival of Racing, including the beauty of the thoroughbred, first class racing, family fun, fashion, entertainment and food and wine. Excitingly it highlights the return of the highly successful Flemington Grazing Trail & Cellar Door, a Melbourne Food and Wine Festival event on Super Saturday.

Get the lowdown on Flemington’s 2016 Royal Court (so you can remember who to share a selfie with next time at the track):

Regally bred, Dabernig grew up around thoroughbreds as a member of the Hayes racing dynasty. Grandson of the great Colin Hayes, he has been training in partnership with his uncle, Hall of Famer David Hayes, since 2014—and already has four Group 1s to his name. 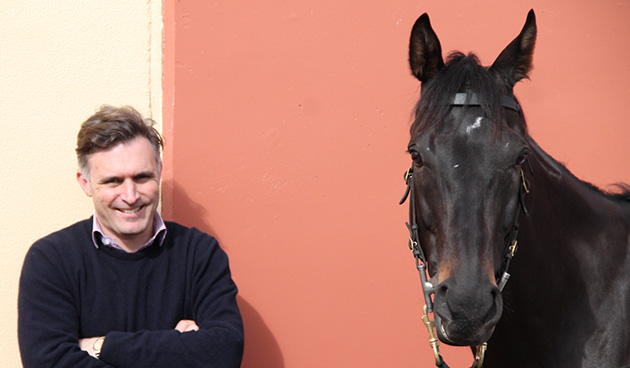 Renowned for his professionalism and dedication to his craft, Williams has tasted more international success than any other current Australian jockey, with Group 1 wins in six countries. The Emirates Melbourne Cup is the only Australian major he hasn’t collected; a fact he is intent on remedying.

Mallyon was the first female to win the Victorian apprentice premiership, and recently became only the second female apprentice to outride her claim (the first was Michelle Payne). Of impressive pedigree—her grandfather is Caulfield Cup winning hoop Mick Mallyon—not even serious injury has prevented this star from rising. One to watch.

A qualified accountant, Price eschewed a finance career to follow his passion: thoroughbreds. He has returned to his hometown of Melbourne after cutting his teeth in Inglis’ Sydney sales yards. With a decade of bloodstock experience under his belt, Price is highly regarded for his talent for spotting a future champion.

Talented equestrian athlete, fashion ambassador, punter, racehorse owner and VRC Young Member. Connolly has many loves and an appreciation for all facets of the sport of kings. But it’s her love of the horse that trumps them all, including her two Off the Track thoroughbreds Millie and Henry, her eventing partners.

An equine business consultant, racehorse owner, breeder, VRC Member and former Myer Fashions on the Field ambassador; racing is Saville’s personal and professional passion. As the daughter of Black Caviar connections, she followed the great mare on her global adventure, experiencing each of the 25 victories live and has even enjoyed the rare privilege of sitting on the mare’s famous frame.

Frock up in Alison & Georgia’s trackside style at Yoox.com. Click below and sign up for the newsletter to get an exclusive 15% off and free shipping. Check out the ASOS and The Iconic’s race ready new range of lady like dresses. The Cooper Street collection is perfect for Autumn racing.